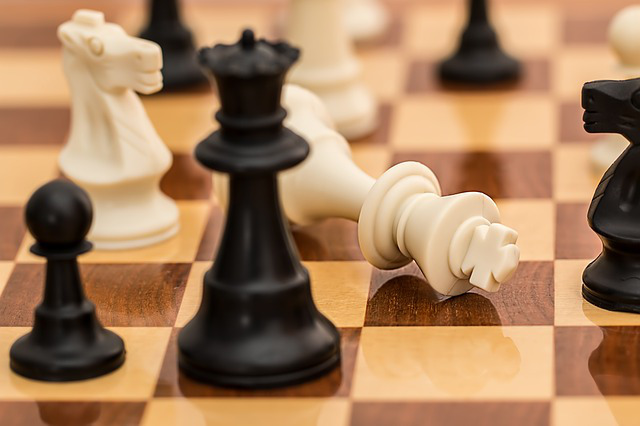 So why “Rules of the Game”?  After all, corporate transactional lawyers aren’t generally known for their frivolity, and most think of games as just that, trivial exercises in fun-making that have little bearing on our day-to-day lives.  In truth, the name was chosen for two reasons, only one of which was really focused on the fun (and we’ll get to that in Pt. 2). The other (and arguably more important) reason was to answer a question we’ve faced from any number of our prospective clients:  “Why do I need a lawyer?”.

Watching Law and Order, the Good Wife, Suits, or any of television’s other approximately 4 million legal dramas, it doesn’t take a rocket scientist to see why you would want a lawyer when facing litigation or prosecution.  Apart from their dashing good looks and above-board approach to justice and ethics  (we’re talking about the TV versions here), only lawyers understand the ins and outs of our oft byzantine court system and the rules that can help exonerate (or condemn) their clients.  After all, while one may have dreams of shouting “hearsay”, “objection”, or “facts not in evidence” at their local court judge, it is the lawyer that knows what those terms mean and when it might be appropriate to shout them.

But we at Hoeg Law are (as I’ve had to explain to disappointed family and friends) “not those kind of lawyers” (TM).  Still, the notion of needing to understand the “rules” of corporate governance and of contract law is just as important (and potentially more so given their less obvious and apparent nature), especially when millions of dollars are on the line.

The very concept of a contract (of any kind) comes with it the notion that the “words on the page” can and will have meaning to a third party (the court).  The act of drafting and negotiating a contract (or any other document that would bind a corporation, its officers, or its actors) is thus the act of trying to place a client’s interests in the best position possible, on the assumption that a complete stranger will be reading what was written and interpreting it as it sees fit.  Understanding just how that complete stranger is likely to see those “words on a page”, the ways those same words could be misinterpreted, and (when facing opposition) how to avoid accepting “words” that are seemingly innocuous but actually disadvantageous to the client’s position, are the “rules” of the transactional lawyer’s particular game, and we at Hoeg Law have spent more than a decade learning and interacting with those rules to give our clients the best chance to “win” at the end of the day.

And this notion extends to every aspect of a corporation, LLC, or investment fund.  From the Articles of Incorporation to the Operating Agreement, from the Private Placement Memorandum to Series A offering documents, everything that is written on the page must be drafted and negotiated with the understanding that it could, at some later date, be interpreted and understood (or misunderstood) by a third party.  Only the lawyers that have studied this process, that have negotiated hundreds of these documents, and discussed their concepts with hundreds of their clients (like, not uncoincidentally, we at Hoeg Law) can put these corporations and LLCs in the best position possible to succeed, and do some from their very formation.

As this blog continues, it is my hope that we will be able to help illuminate some of the considerations that we look at when drafting or reviewing specific contractual or governance concepts.  While we can’t give specific legal advice without a direct client relationship, we can help to shed light on at least some of these “rules”, including those with which new or even late stage businesses might not be altogether familiar.

As for the second reason…well, that’s a bit more idiosyncratic.  We’ll save that for Pt. 2.