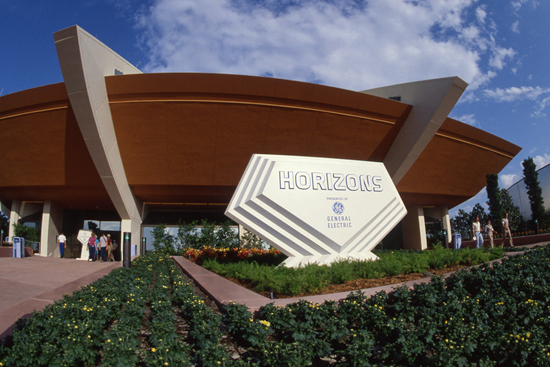 Despite what you may have heard, lawyers are, in fact, human beings with interests and hobbies all their own. They are not, I repeat not, robots sent from the future solely for the purpose of billing hours, drafting documents, and negotiating terms.  Not all of them anyway.

In TGIF, I touch on some of my own interests primarily through the lens of the “Rules of the Game”, focusing on the rules and incentives that ultimately affect all of us in pursuing our life’s endeavors. I may even crack a joke or two.  Hard to say.

TGIF will be published regularly on (surprisingly enough) Friday mornings. For more information, check out www.hoeglaw.com or drop Rick a line at rhoeg@hoeglaw.com.

Mass Effect Andromeda – Optimism in a Sea of Cynicism

This week sees the launch of the latest in one of the most well thought of western video game role-playing series: Mass Effect.  In previous games, your character (called Shepard, or “The Shepherd” when series creator Bioware really wanted to step up the haughtiness) helped fight off the existential threat of giant mechanical squid things from beyond called “The Reapers”.  Ah, video games.  The third and final game of the original trilogy in particular, really delved into the “end of all things” of it all ( I mean, just listen to this.)

Rightfully thinking that after two sequels, “galaxy-wide apocalypse” could not easily be topped, the newest game in the series, “Mass Effect Andromeda“, takes a different approach.

In Andromeda, players take the role of a character named Ryder as she (or he) leads the aptly named “Andromeda Initiative” on a quest to find  a new home for 100,000 colonists in the neighboring Andromeda galaxy.  Given the state of technology in the Mass Effect universe (and most other science fiction to be honest; Star Wars only takes place in a single “galaxy far, far away”, after all), traveling across the galaxy border is a moonshot, and one that takes more than six hundred years.  There is no going back, and when the Andromeda Initiative arrives and finds things not at all as they were expecting, it’s up to the player to help found colonies, make things right, and find the stranded colonists a home.

Though a heady premise, the tone struck is decidedly less serious than its predecessors.  In an interview with video game magazine Game Informer,  Bioware creative director Mac Walters expounded on this:

“If we wanted to explore this new galaxy, I think people were saying ‘Don’t make me feel like if I go off and do this little sidequest, I’m letting the universe burn’. That led us to thinking more about a slightly lighter tone. There’s still going to be stakes, there’s going to be huge stakes in this game. As Pathfinder, humanity is relying on you to find a home in Mass Effect Andromeda. At the same time, it’s a little different than ‘Every 50,00 years the entire galaxy gets level set, maybe you should get on that Shepard’. It’s a matter of degrees, right?”

To me, so far (just after colonizing the first real planet) the tone struck is a home run.

As a kid, my family used to go to Disney World on vacation.  On those trips, my favorite places to go were all in EPCOT Center’s “Future World”, a cement and steel oasis in which pavilions to automotion, space travel, underwater exploration, and energy all shined with the promise of a wondrous future to dream of and to achieve.  Pressed, I can still hum the tune to my favorite ride, (now demolished) Horizons: “If we can dream it, then we can do it.” What can I say?  The late 80s and early 90s were an optimistic time for futurists.

If anything Andromeda reminds me of those days at EPCOT center.  Characters throughout the game are established as true pioneers;  folks wanting to build a better life (through technology!) in a place that mankind had never seen, often solely for the adventure of it all.  I find this premise exhilarating and optimistic.  If we can dream it, then we can do it!  I don’t need interdimensional squids to have a good time.  I just need another hill to climb, another sunset to see.

Unfortunately, Andromeda stands in significant contrast to the zeitgeist of the day.  When even Zelda becomes post apocalyptic, you know that optimism is in short supply.  As a result Andromeda is the lowest rated game in the Mass Effect series:

To be fair, Andromeda clearly has its issues, particularly with animations, but not, to my eye, overly more so than other games of its type.  No, in a world with so much divisiveness and with entertainments that must feature the apocalypse, zombies, or a zombie apocalypse, I suspect one of the main culprits in Andromeda‘s poor reception is a lack of optimism in this world (not theirs); of that starting point “If we believe it…”.  And that’s truly a shame.

For me, we’ll see how the rest of the game goes.  Maybe in a TGIF after completion (in like August 2020) I’ll revisit and agree with all the naysayers.  For now, Andromeda is a light in a cynical darkness and for that I am thankful.  Ducklip robot animations and all.

One of my favorite off-hour activities is playing board games.  Ever since my two daughters were born, I’ve been eagerly awaiting the opportunity to share many of my favorite things with them, but perhaps most of all: board games.  Recently, we discovered an absolutely fantastic game called “Tokaido” in which players compete to have the best vacation in ancient Japan.  My girls absolutely love the premise of having the best vacation.  It’s a goal they can get behind.

Tokaido is a relatively simple “space denial” type game in which players proceed on a linear path (from left to right) stopping at villages, hot springs, temples, and scenic vistas in order to have the “best” trip.  Victory points (or “vacation points” at Hoeg house) are counted as actions are taken, so everyone can see how everyone else is doing.  No text is used, so both my girls can participate equally well, and each has a great time.  Because no two players can stop at any one spot, my youngest, in particular, really enjoys preventing me from stopping at any place my traveler might need to go (usually preventing me from making any money).  Giggles ensue constantly when this occurs.

Of particular note is one great little rule that really changes how the game might otherwise be played.  Instead of a traditional clockwise (or counterclockwise) turn progression, the player furthest from the ultimate end of the game (furthest back on the road) always gets to go next.  So, for instance, if my daughters charge ahead by 10 spaces (which they are perfectly permitted to do), Dad gets 9 extra turns to stop at each space (all of which are beneficial) along the way to catching up.  The effect of the rule is to encourage the group to travel together, as jumping ahead just gives up extra turns.

I love this rule, as it reflects so much of what I know about contracts, incentives, and consequences.  A rule (or deal term) can say one thing, but it’s up to the principals and their counsel to truly think about how that rule will play out in practice.  Nothing in the Tokaido rules requires the players to stick together, but even my 5 and 7 year old figured out the benefits of that approach after playing a single game (“When do I get to go again, Dad?”).  Good counsel will do the same for those seemingly innocuous contract terms, and in truth that’s part of the fun.  It’s also why keeping it simple is often the better approach for even the most apparently complex transactions, but that’s a discussion for another day.

To accept without objection

“Though it pains me, I will abide the results of the contest.”

Great finish, Derrick Walton and Zak Irvin.  Wish that last shot would have fallen, but Michigan, like “The Dude”, abides.  Thanks for a great year.

Thanks for stopping by.  Feel free to leave me a comment down below, and be sure to check out the rest of Rules of the Game and www.hoeglaw.com for more legal insights, commentary, and helpful articles.  Have a great Friday everybody!