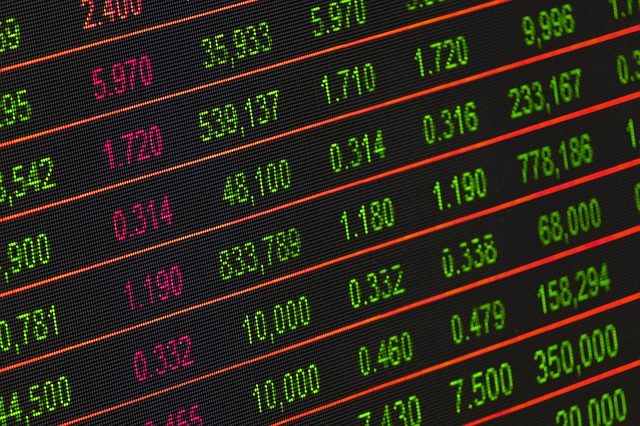 In the Start-Up Entrepreneur Series, I will be taking a deeper look into some of the most common questions early stage founders face in putting together and operating their new businesses.

The Start-Up Entrepreneur Series will be published each Wednesday morning until conclusion. For more information, check out www.hoeglaw.com or drop Rick a line at rhoeg@hoeglaw.com.

“How should the founders split up the Company?”

That question, as it turns out, is difficult to answer before a series of smaller, but equally important, questions are considered.

Question 1: “What share of the economic pie do each of the founders deserve?”

As a foundational matter, it’s important to understand how the ownership of a corporation (or an LLC) is established.  By law, a corporation is required to have at least one class of stock, generally named “common stock”, which in the aggregate represents the ultimate value of the company’s assets (net of liabilities).  This is the “equity” of the corporation.  When a founder (or anyone else) receives “stock” in a company, they are receiving a “share” of the company’s value based on the number of shares of stock issued (or “outstanding”).  That value may not be realizable immediately (particularly if the company does not offer its stock for sale on a public exchange), but it is there (and would be received upon a sale of the company, for instance).

What’s important to really underline here (and in respect of the control discussion below) is that the value of a share of stock is entirely based on the number of shares outstanding overall.  Said another way, if you told me that you held 10 shares of Company X and 1 share of Company Y, that is not in and of itself, enough information for me to know which Company you own more of.  If Company Y only issued 1 share than you are the sole owner, while if Company X issued 10 million shares than your ownership is so small as to be difficult to calculate.  The number of shares you own doesn’t matter nearly as much as the percentage of ownership that number represents.

(LLCs are not required to evidence their ownership in quite the same way.  Very often, an LLC’s ownership split will be evidenced solely by a listing on the LLC’s operating agreement of the proportionate “interests” in economics and/or control held by each of its members.  As this sidesteps any confusion on ownership arising solely from the nominal number of shares under consideration, it is often a more useful approach, particularly for those not experienced in company ownership or investment.  That said, LLCs can, and often do, organize around a concept similar to stock, titled “Units”, which have the same benefits and burdens as their corporate counterparts.)

Question 2: How should control of the Company be divided?

The common stock of a company is not afforded solely economic rights. Common stockholders also have significant governance and control rights over the company and its activities.  At the head of these is the right to elect the board of directors of the company.

Further, the company’s stockholders have rights by law to approve certain major corporate transactions, such as mergers, sales, and other significant events, outside of (or in partnership with) the board.  These rights, like the right to elect the board, are generally exercised by all the common stockholders in the aggregate on a “one share, one vote” basis, with a simple majority able to consent to the action under consideration.

That said, if the stockholders cannot arrive at a decision regarding a significant matter (one requiring the consent of the stockholders by law), then the company may be deemed to be in “deadlock” (unable to take the actions necessary to operate).  A company in deadlock is in a very bad place, and the law generally only provides one significant, last resort exit option: dissolution. As such, it is very important for the founders of a company to consider both the immediate question of who should be in control (or how control should be divided) to address the current needs of the company, as well as the long-term question of how best to avoid having control split in such a way that it could result in a “deadlock” on significant issues.  Said another way, 50/50 (and similar) structures should likely be avoided in almost all instances.

(One key advantage of the LLC structure is the ability to separate the economics and governing powers of even the most basic class of equity in the company.  This affords LLCs with a great deal of flexibility to designate effective “control” owners and “financial” owners without mixing the two concepts.  It is that very flexibility, however, that sometimes causes outside investors to shy away from the form, as it is sometimes difficult to parse out the various interests involved under a novel structure.)

Question 3: What if a founder leaves (or doesn’t do what was expected)?

One of the biggest questions which founders should answer as part of their initial organizational discussions is just what is expected of each of them.  If Jill and Mary intend to form a new enterprise, but Mary leaves in year 2, what are Jill’s expectations for what should happen to Mary’s equity interest?  What are Mary’s?  If Jill thinks Mary should have to give some of it back, but Mary doesn’t, it is easy to see that it would have been advantageous to settle the issue before it arose.

We do this through the concept of “vesting”.

“Vesting” is a fancy legal term for a number of separate, but interrelated concepts related to giving stock back if a stock purchaser (or grantee) either leaves a relationship with the company (time-based vesting) or doesn’t do what they said they were going to do (milestone-based vesting).  It is based on a premise that most everyone can agree with; that those not helping to grow a company should not receive (the entirety) of the benefits of that growth.  So if a leaving founder wasn’t providing something other than their service (like capital, for instance), they should have to give (or sell) back a portion of their interests to represent that the company didn’t get the value it thought it would from that founder.

Generally, “vesting” is established in a contract (which may be used for certain employees as well as the founders) which also sets forth certain restrictions on the transfer of stock of the company (as a small start-up does not want “unknown” third-parties in the mix on sensitive operational decisions).  The most common vesting “schedule” is a one year “cliff” (with no stock deemed “vested” until the first anniversary of the agreement) followed by equal monthly vesting amounts for three years thereafter. In other words, a four-year total vesting period.  At the end of the four year period, the stockholder will own their shares outright, and if they leave the company, the company will not be able to force the founder to lose their shares. (In most cases. In some cases vested shares are still eligible for repurchase by the company, but at fair market rather than nominal value).

The vesting question is an important one for the founders to answer early in organizational discussions, as it is all but impossible to answer after problems arise.

(It’s worth noting that even if the founders do not require vesting on their initial equity ownership, institutional investors can (and often do) apply retroactive (or “reverse”) vesting on founder interests as a condition of their investment. In other words, investors that see value in the present management of a company don’t want to see that value evaporate as soon as they put money in.  They will often require the founders to sign separate agreements requiring them to forfeit (or sell back) their interests on a basis proportionate to the amount of time they stay with the company after the investor has made their investment.)

Because of the importance of all these questions (and the damage that can be done to a company if not considered) it is important to have the necessary conversations between the founders (and, ideally, with counsel) at the very outset of planning a new enterprise. Tack on the tax implications of capital ownership, considerations of how to incentivize the employees that will make the business run, and what effect additional investment will have on the founders share, and equity is one of the most important “specifics” to nail down in preliminary discussions.

As always, if you have any more insights on today’s post or would simply like to discuss further, please leave a comment down below or contact me at rhoeg@hoeglaw.com.  I’d love to hear your thoughts.